Helping mothers and their newborns be healthy and happy 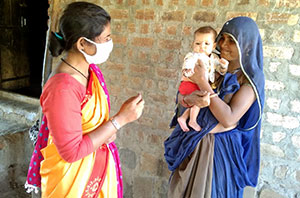 The village Mrs. Manisha Jamre lives in is in the interior regions of the Pati block and is underdeveloped. This meant that there were many children in her village who were malnourished due to lack of knowledge and awareness about proper nutrition. During a sector level meeting, Mrs. Manisha discussed this issue with the TCSRD team, who not only motivated her to take action, but also provided support and training she needed to make a difference.

She understood how to interact with the community and create health awareness, while also learning how to deal with the queries of people in a positive manner. 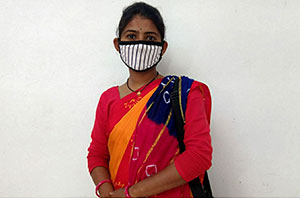 TCSRD helped all frontline workers gain knowledge on community mobilisation. Aanganwadi workers like her also benefited because she was able to learn a lot about maternal and healthcare issues, as well as child health. TCSRD provided training on various health aspects of both mother and child, such as Infant and Young Child Feeding (IYCF) and its components, nutrition and all its aspects, and more.

As a health service provider, this has been invaluable as Mrs. Manisha has been able to help a lot of people in her village, especially when Covid-19 hit. During this time, she personally visited multiple homes to provide counselling on improving immunity to fight the disease, as well as create awareness about the disease itself.