Stepping up the ladder of success 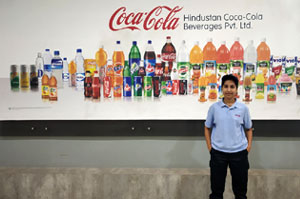 Payal Rajubhai Roshiya hails from Bhimrana village of Okhamandal in Gujarat. Armed with a Tata Chemicals Society for Rural Development (TCSRD) scholarship, she went on to obtain a diploma and become an instrument mechanic. Her father works as a mason while her mother is engaged in stitching clothes. She has three younger sisters, who are pursuing their studies in primary and higher secondary schools.

Payal received scholarships from TCSRD consecutively from grade eight till the completion of her diploma course. She was then absorbed by the Coca Cola Company at Sanand (Gujarat) and started drawing a monthly income of Rs20,000. She used her first salary to pay for her father’s eye surgery and to also pay off her father’s outstanding loan amount with the bank. Payal now plans to complete her studies and achieve a degree to realise her aspiration of being promoted to the position of a manager in the company.