Escaping the trap of malnutrition 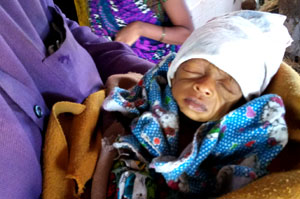 During regular field visits, the Tata Chemicals Society for Rural Development (TCSRD) team came across a household in Baru, Amravati, which had a pitiful story to tell. The young mother in the house had delivered her third baby on September 28, 2017. With a weight of just 1.5kg at birth, the child came under the severely acute malnourished category. The mother was found to be anaemic and had a history of going through critical phases during pregnancy and labour. She had lost two children earlier as they were born prematurely in the 6th and 7th months of pregnancy. 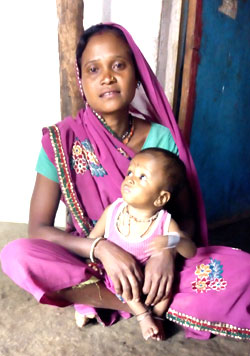 The family had sufficient space for plantations on their farm, with water available from a well nearby. After the demise of the head of the family, the surviving members lacked the knowledge and guidance for cultivation. As a result, they were not able to grow enough for their subsistence, and hence did not receive adequate nutrition.

After hearing the heart-rending story, the TCSRD team visited the household on several occasions and provided counselling. They also provided the family with vegetable seeds to be cultivated in their plot adjacent to the house. They arranged for checkups along with intensive care at the hospital and examination centre for the mother and child. Soon they noticed improvement in the health of both. Barring the initial fluctuations, the weight of the baby has shown significant improvement, though it is still in the severely malnourished category (weighing 4.5kg).

Through this support, TCSRD has managed to save two lives. The mother seems more aware and wholeheartedly appreciates the efforts of the TCSRD team.