How a giant fish became a favoured daughter 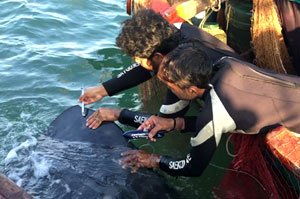 The whale shark is the largest fish in the world. The gentle giant was once slaughtered along the Saurashtra coast in large numbers for its oil and meat. This led to a steep decline in the fish population and it was declared an endangered species in 2001. Tata Chemicals launched the ‘Save the Whale Shark Campaign’ in 2004 with an aim to: 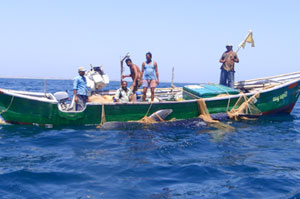 The project is being implemented in partnership with the Wildlife Trust of India and the Gujarat Forest Department, with support from the fishing communities in the Veraval, Sutrapada and Dhamlej region. The programme was able to garner support from ‘Shri Morari Bapu’, a popular spiritual leader, who became the brand ambassador. Shri Morari Bapu created whale shark conservation linkages with Indian traditions in his discourses. What helped change the mindset of fishing communities was his comparison of the whale shark’s return to the Saurashtra coast to a daughter returning to her maternal home (‘maike’) for childbirth and his questioning as to how can the people think of slaughtering her when the local culture preaches care and protection of the daughter and her baby? ‘Vhali’ or the “dearest one” was the name given to the whale shark to arouse an emotional bond with the fish. The whale shark has now been repositioned as the ‘Pride of Gujarat’. 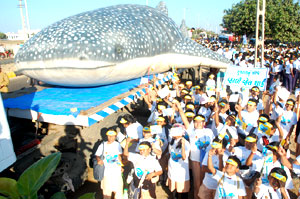 The Save the Whale Shark Project’s achievements include: