Planting seeds for a better tomorrow 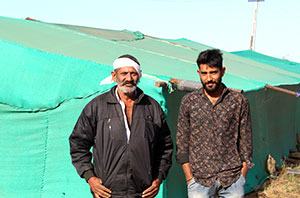 Mr. Jagdish Manek is a young, 21-year old farmer full of passion and vision to create something new. He owns nine acres of land in Gadhechi village, which is very fertile with great availability of water. However, the yield of his farm was very less compared to similar farms in the area. 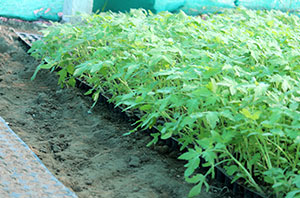 After the training, Mr. Jagdish decided to adopt the plug nursery for vegetable seedling for which TCSRD assisted him in preparation and planning - providing technical support, as well as support for the purchase of agro nets and seedling trays.

In the first batch of production Mr. Jagdish prepared 20,000 seedlings of chili and tomato, after the transplanting of which he received early fruiting, as well as 12% more production per acre.

He also expanded the structure of his nursery, which helped him produce more seedlings of vegetables for the other farmers. In 2020, he sold more than Rs.2 lakhs worth of seedlings to farmers in the Okhamandal area.